The Kelsey Plum we’ve been waiting for is here 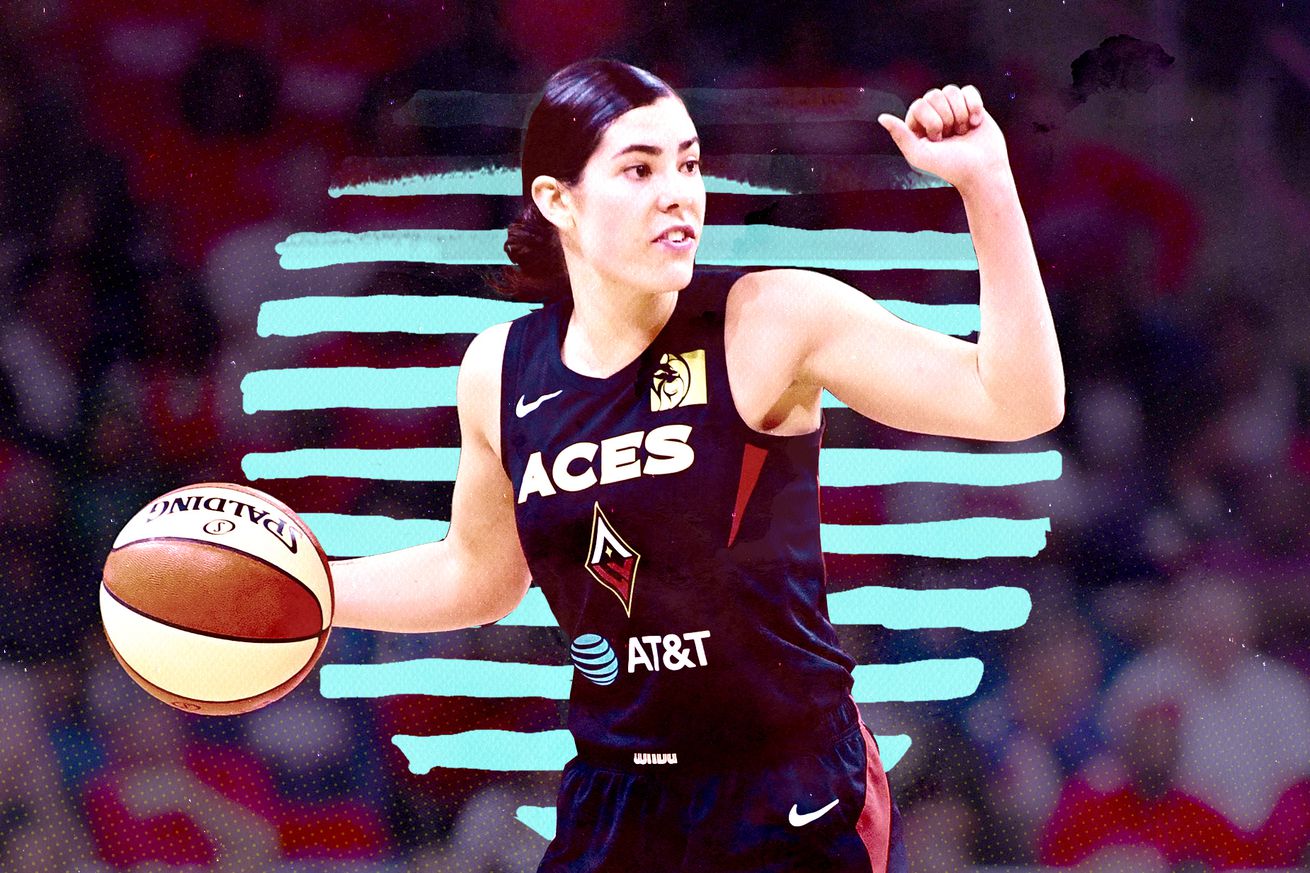 Kelsey Plum has been on a tear for the Aces.

Plum has been on a roll for the Aces in the WNBA playoffs.

Kelsey Plum held the laminated credential off my chest and read my name out loud to me and a small crowd of media outside the Las Vegas Aces locker room. “Don’t do me like that,” she said, pointing at my chest, swearing she’d find me online if I misquoted her. She was just minutes removed from a controversial Game 1 loss to the Washington Mystics. Her last-second game-tying shot misfired following incidental contact from Elena Delle Donne, and no foul was called.

Plum’s tired of seeing her name in the media. College basketball’s all-time leading scorer and the WNBA’s 2017 No. 1 pick hasn’t had an easy time adjusting to a bigger, faster, and more physical league. She stands just 5’8 with slender arms. Her body’s been knocked around the paint on drives, and her jump shot’s fallen by the wayside in stretches, too. “I get a lot of crap from a lot of people,” she said.

Amid the Aces collapse from the No. 2 seed down to No. 4, Plum took the biggest hit. On Aug. 27, head coach Bill Laimbeer stripped her of her starting role beside 2019 No. 1 pick Jackie Young as the team’s off-ball guard, and moved her to the bench. Plum is a scorer first, second, and third, yet she racked up four games where she’d gone entirely scoreless during the regular season.

The effect of her benching wasn’t fully realized until Aug. 31, with the Aces and Los Angeles Sparks battling for the No. 3 seed. Plum scored 18 fourth-quarter points in the win, crossing up LA’s defense to find the same holes she did as a Washington Husky. After the game, the 25-year-old broke down in tears after she was called “the Kelsey Plum of old.”

what an incredible moment for kelsey plum pic.twitter.com/YT9G2T62tI

Plum hasn’t looked back since. In three playoff games, she’s averaging 17 points on 55 percent shooting, including 5-of-10 from three-point range, with eight assists and five rebounds. She’s been Las Vegas’ spark plug who’s zipped the team out of ruts. If the Aces can pick themselves up out of an 0-2 semifinals deficit to the No. 1 seed Mystics, Plum’s going to be the reason.

Plum’s confidence level is soaring. On Thursday night, Laimbeer made a decision that’d been brewing, giving her a starting nod for the first time since August. Plum had displaced Young’s minutes in a do-or-die game Sunday against the Sky, and she’d put on a 16-point, nine-assist, seven-rebound show the night before in D.C. She was feeling herself so much, she called out ESPN’s LaChina Robinson after draining a tough contested three. “What’s good LaChina?” she yelled cross-court to the analyst who’d recently called her decision-making “decent.” This is the Plum the WNBA’s been waiting for.

lmao kelsey plum yelling at lachina after the jumper pic.twitter.com/uHaC6uPkTg

The 2019 playoffs have been Plum’s first big league moment, and schematically, it’s easy to see why. After the Aces’ Game 2 loss, she explained it simply. “I’m playing the point guard,” Plum said. “All season, I’ve played the two.”

Laimbeer’s focused in on Young, the Notre Dame rookie, as the team’s primary ball-handler, but she’s struggled in spurts. Plum’s been the solution, pushing the ball downcourt in a hurry off rebounds and pinpointing gaps in the defense to launch rocket passes in transition.

“Part of it was the pressure,” Laimbeer said. “Putting her on the bench, it really took the pressure off of her, but it also gave her more opportunity to control the ball. Jackie had the ball for the whole year, and she’s learned a lot. Now Plum has the ball. And that’s beneficial for us at the moment. Plum’s doing a helluva job.”

“When she has the confidence and she has that feeling of free-reign that she did in college, she’s a very fine basketball player.”

The Las Vegas Aces have been the center of attention all year in the W. They’re stacked with three No. 1 picks and two additional all-stars. They’re not supposed to be happy to be here. They’re built to win now, and that’s only going to happen if the ball is in Plum’s hands.

How Kliff Kingsbury can fix the Cardinals’ red zone issues

USMNT moves up to 21st in FIFA World Rankings