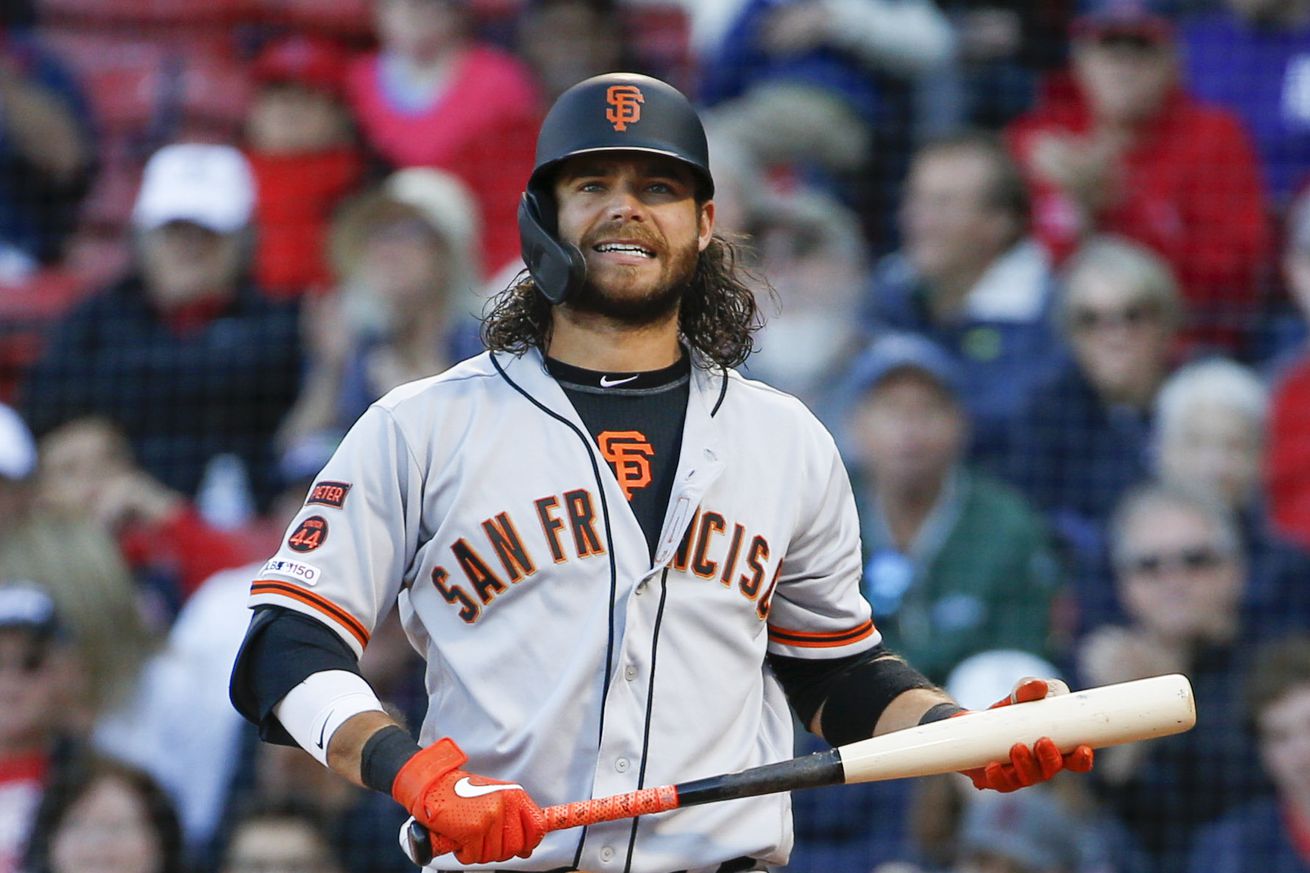 It might seem like a big deal if strikeouts mattered or if the Giants were a really high strikeout team.

In the 8th inning of today’s game, the Giants trailed 5-3 with two outs and the bases loaded. Stephen Vogt, the day after he had his second 4 RBI night of September, pinch hit for Joey Rickard. Red Sox reliever Matt Barnes finished off Vogt and the inning by throwing three straight curveballs, the final one bouncing almost a foot in front of home plate.

In the 9th inning of today’s game, the Giants trailed 5-4 with no outs and the bases loaded. Brandon Crawford, the day after his third multi-hit night of September, pinch hit for Mauricio Dubon (who was 1-for-2 with 2 walks, but that’s a different discussion). Red Sox reliever Brandon Workman went curve-fastball-curve-fastball to get a called third strike just above the top of the strike zone. Mike Yastrzemski struck out on a 94 mph fastball down and in the zone, Kevin Pillar, somehow, walked (scoring a run), and then Evan Longoria worked the count full before swinging over a wicked curveball to end the game.

Observe where this pitch approaches the plate. I’ll grant you that we’re seeing a two-dimensional representation of what’s going on here, but it’s not difficult to see that how a tightly thrown pitch under variable lighting conditions and in a tense game situation might’ve led a hitter to believe he was seeing a pitch coming in at the knees.

Now look where it winds up:

That was a risky pitch in a tough spot but it worked out. I’ve highlighted just four strikeouts, but the Giants actually struck out five times in the 8th and 9th and 17 times on the day.

This isn’t a swing analysis post, though. Oh no. I’m here to talk about how the Red Sox made a lot of of these pitches over the course of their three-game series against the Giants. The Giants weren’t failing to convert in pressure situations, though — they won the series, after all — no, they were just flat out beaten, early and often. They struck out 13 times yesterday and 19 times in their 15-inning win on Tuesday, though only five Ks came in extra innings.

In the three games and 27 innings the Giants played this week in Boston, they struck out 49 times. That’s the most times they’ve struck out in a single series this season, just edging out the 48 times they struck out against the Mets in a four-game series back in July at Oracle.

By the looks of it, they became the 16th team since 1908 to strike out at least 13 times in three straight games and they tied the 2008 Padres for the third-most strikeouts (49) in a three-game series. The Mets series makes the filtering a little bit trickier because the Giants actually struck out 18 times in 16 innings in game one of that series, then 13 times in game two, and then 17 in the next two games.

However! The Giants made club history this week and it’s worth pointing out. It doesn’t really suggest anything beyond the team falling under the sway of the modern game. And in today’s case, the Giants fielded a lineup of Triple-A dudes and other vets with high strikeout rates.

As a team, the Giants were sporting a 23.2% strikeout rate heading into today’s game. That’s just 14th in the majors (7th in the NL), but strikeouts aren’t totally reflective of a team’s quality. The second-wrst team in the NL by strikeouts rate is the Brewers (24.7%) and the Cubs are fifth-worst (23.6%).

The Giants look like they’ll be middle of the pack for the rest of the year, too, not just by rate but by raw count as well. Here’s a breakdown of their strikeout totals over the last decade:

Obviously, strikeout totals have skyrocketed over the past few years, so there’s probably a better than decent chance the Giants average 12 strikeouts a game over their final nine to equal last year’s total — especially if they keep playing rookies — but overall, you can’t really say that the Giants are an especially bad team when it comes to making contact. In fact, by raw contact rate, their 76.6% is 12th in MLB (7th in NL).

Today’s 17-strikeout game makes it four consecutive games in which the Giants have struck out at least 11 times in a game, which doesn’t threaten their franchise record but does becomee the second time this month where they’ve struck out at least 11 times in three straight games (the other being against the Dodgers). Still, even though the Giants are striking out a lot down the stretch, they’re still managing to win these series.