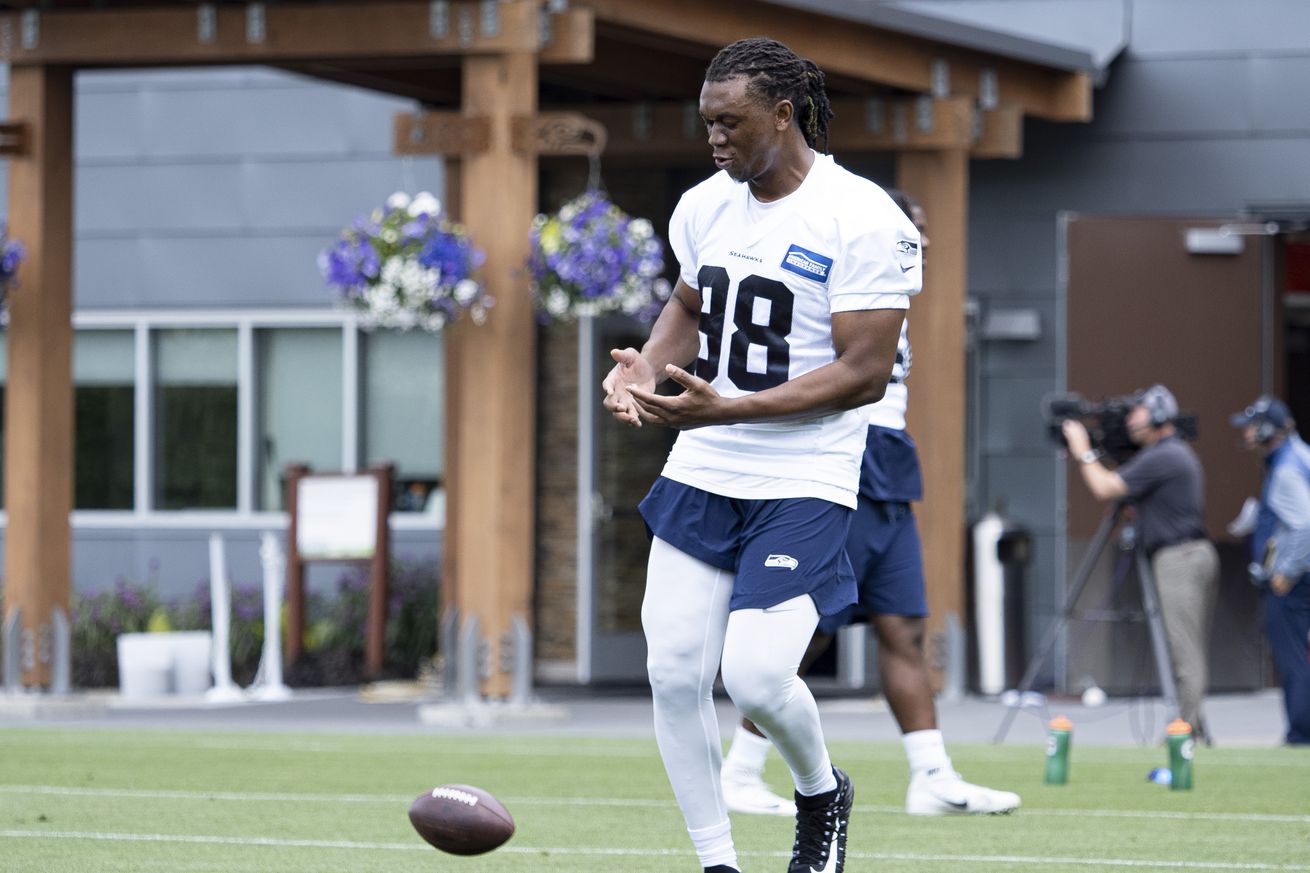 The Seattle Seahawks have escaped the first two weeks while severely understaffed defensively.

Ezekiel Ansah is expected to debut and Poona Ford could potentially return this Sunday vs. the New Orleans Saints, and boy are they a sight for sore eyes.

Even with Jadeveon Clowney, Seattle has had significant struggles in key areas related to the defensive line. It all contributes to a mixed bag at best for Seattle’s not-yet-assembled front four.

On the one hand, the Seahawks held the Cincinnati Bengals to a total 34 rushing yards in Week 1, with Joe Mixon held to just 1.7 YPC. This the same Mixon who was a tenth short of five yards per carry last season. The next week, the Hawks outgained the Pittsburgh Steelers on the ground 151 yards to 81.

In terms of rushing yards, Seattle is currently the fourth-best defensive squad.

That’s held up by their 4th in the NFL “Stuffed” statistic, according to Football Outsiders. A stuff results in the running back being tackled at or behind the line of scrimmage. Seattle’s 29% stuff rate on qualifying runs is, incidentally, also 4th in the league.

On the other hand, the defensive line hovers between mediocre and bland in nearly every other advanced metric. The Seahawks have an adjusted sack rate of 6.9%, exactly 0.1 above league average. Their adjust line yards given up to opposing running backs is 11th in the league. Their second level yards given up on the ground (between 5-10 yards) is 12th in the league. Seattle’s Power Success, indicating the opponent’s ability to convert on 3rd or 4th and two yards or less, is tied for 16th.

The combination of Jadeveon Clowney, Quinton Jefferson, Al Woods, and Branden Jackson seem good at finding RBs early and making first contact near the line of scrimmage, but are not excelling anywhere else. Meanwhile, the Hawk defense overall has given up 287.5 passing yards per game, 7th worst right now. While there has been some unquestionably shaky safety play, the lack of QB pressure is allowing for far too many open throws.

All this includes Quinton Jefferson having the best game of his career in week one.

Enter Ziggy Ansah, the return of Poona Ford, and the approaching arrival of Jarran Reed. Ansah at his best can be a top-10 edge in QB pressures. Reed was the league’s 3rd best sack generator at the DT position last season. Throw in 1st round selection L.J. Collier as he continues to get up to speed, and this squad is looking at reinforcements galore headed their way.

This is all just in time for an intriguing matchup against the New Orleans Saints. Markedly better than either the Steelers or Bengals this season averaging 5 yards per carry, yet attempting one of the lowest run-pass ratios in the league. It’s highly unlikely that would continue sans Drew Brees, so the Seahawks will have their hands full trying to contain Alvin Kamara and Latavius Murray.

Looking down the road, Jarran Reed returns in time to face the Baltimore Ravens, which will hopefully also signal a full-strength defensive line for the remainder of the season.

The remainder of the Seahawks’ schedule from that point includes: Baltimore, LA Rams, and the Carolina Panthers.

How the above teams ranked last season in rushing yards per game: 2, 3, 4, and the Minnesota Vikings and San Francisco 49ers are currently 2nd and 4th in the league this year.

The single most important statistic in all of this is 2. Seattle enjoys their first undefeated 2-0 start since 2013, even with a fifth of their defensive front star power and a massive question mark at safety. For a team that generally finishes better than it starts, and one whose two biggest offseason acquisitions have been injured D-Ends to boot, these hopeful returns could not come at a better time.

5 questions the Seahawks might deign to answer for us vs. Saints

Poll: Should The Mets Replace Mickey Callaway This Fall?