Identifying the X-Factors for the 49ers in Week 3 vs. the Steelers 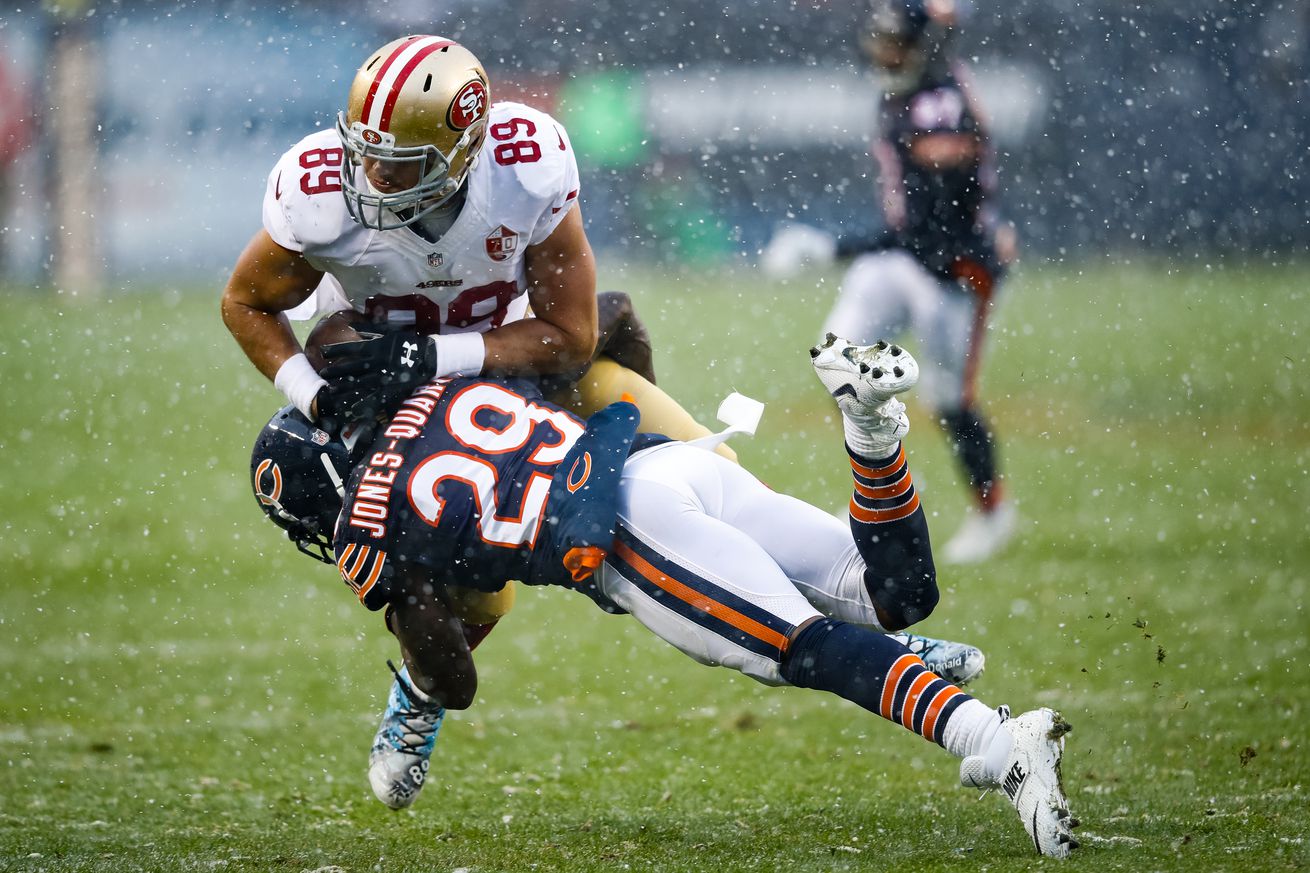 Vance McDonald...revenge game? We also discuss players on each team nobody is talking about, as well as give a score prediction.

We have gone over if the San Francisco 49ers wide receivers will be able to separate against the Steelers man coverage, as well as how the Niners defensive line will look to put pressure on Mason Rudolph. Today, Jeff and I will look at who the X-factor on each team, some players nobody is talking about, as well as our score prediction.

KP: Matt Breida will be the X-factor, and ultimately the difference-maker in this game. Seattle had five runs go over ten yards against the Steelers. What I can see is the 49ers trying to get to the edge and force the Steelers to make tackles in the open field, an area where Breida excels. I saw a few missed tackles from the Steelers last week. That’s the downfall to blitzing and playing man coverage. If you miss a tackle, there’s a lot of room to run for the ball-carrier. If Shanahan catches the Steelers on a blitz and gets Breida in space, lookout.

On defense, I think this is the game Tarvarius Moore gets his first interception. He’s been improving every week in coverage, and this week he comes up with one. A young quarterback is going to make mistakes. That likely happens down the field today. It’ll be imperative Moore is the safety valve to help out on any throw. That’s happened so far this season, and against Rudolph, we’ll see him make plays closer to the line of scrimmage.

When it comes to Steelers quarterbacks, they all have a safety valve or a safety blanket. For Ben Roethlisberger, it was always Heath Miller, and I have a feeling Mason Rudolph’s will be none other than Vance McDonald. McDonald was quiet in the first six quarters of the season, but when Rudolph came into the game in Week 2, he caught two touchdown passes and looked to be one of Rudolph’s go-to targets.

If I were to pick a defensive player, it would have to be Minkah Fitzpatrick. As I said earlier the man hasn’t even been with the team for a week and is going to be thrust into the starting role. We all know he is capable of making plays, but there might be a learning curve that could hinder him from playing at full speed and having as big of an impact as most are believing he will have on the Steelers’ defense.

Player nobody is talking about

KP: Everyone knows about Deebo Samuel and George Kittle, but this could be a Marquise Goodwin game. Goodwin caught a 38-yard touchdown that was schemed open for him last week. Against man coverage, Goodwin is excellent on comeback routes, since cornerbacks need to respect his deep speed. I’d imagine plenty of timing routes like comebacks and curl routes with Goodwin. Him being a big-play threat makes Goodwin dangerous against the Steelers.

Jeff: With Rudolph at quarterback, it should be a no-brainer people are talking about wide receiver James Washington, right? Wrong. Shockingly there aren’t men talking about the man who spent four seasons with Rudolph at Oklahoma State who is reunited in the NFL now. If you watched the preseason, Rudolph and Washington have a unique ability to know where the other is all the time. When Rudolph sees Washington has a step on his defender, he isn’t afraid to go over the top. It will be interesting to see if the two Cowboys from Oklahoma State will be able to rekindle that magic for the black-and-gold.

KP: I‘ve seen blowout predictions, but I expect the Steelers defensive line to have an impact on this game. That said, Shanahan has pressed all of the right buttons so far, and I think he is able to scheme open receivers and generate big plays, while Rudolph makes a costly mistake that puts the game out of reach. The 49ers offense is held under 30 points for the first time this season but wins 24-16.

5 questions the Seahawks might deign to answer for us vs. Saints

‘Group Chat’: James Harden Thinks the Media Settles on MVP Narratives Too Soon. Is He Right?