Reggie Bush celebrated with USC RB Markese Stepp after a touchdown, leading to a penalty 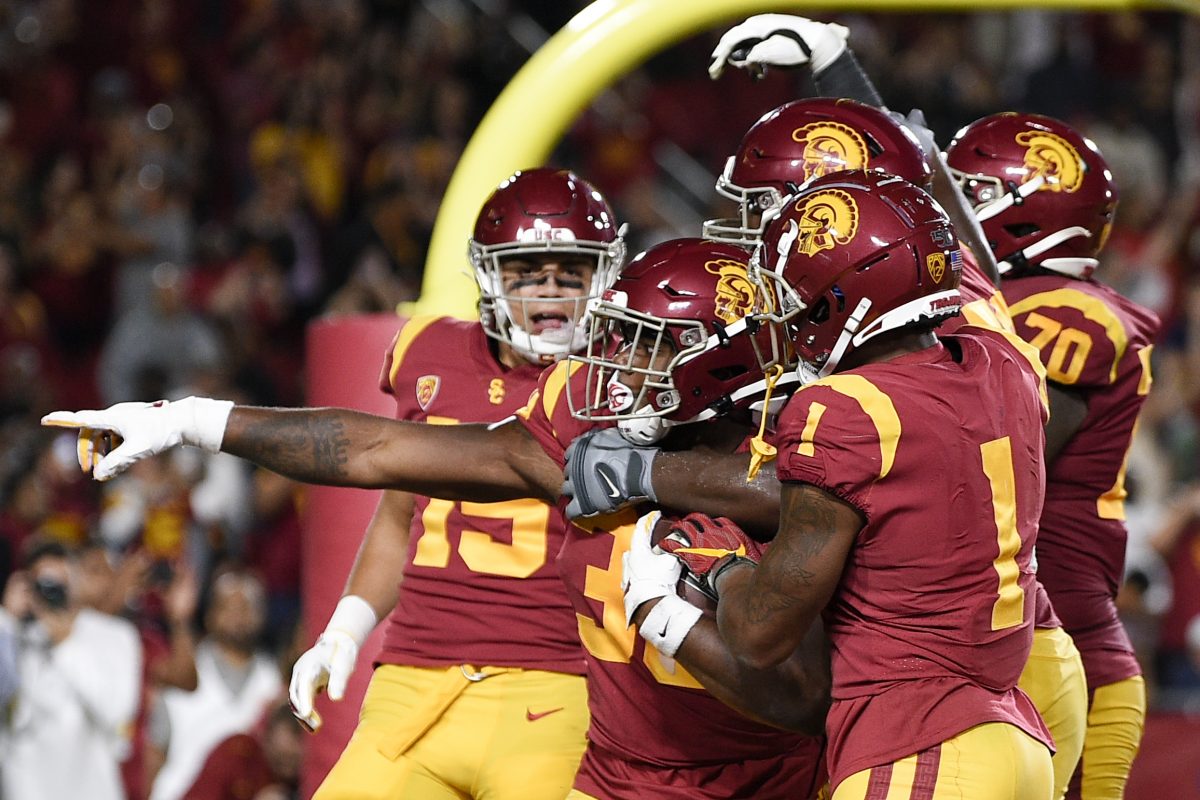 USC upset #10 Utah last night 30-23 at the Coliseum, bouncing back from last week’s loss to BYU. Not only did the Trojans overcome the #10-ranked team in the nation, they also overcame an unsportsmanlike conduct penalty the team received in part thanks to current Fox analyst (and redacted USC legend) Reggie Bush.

The penalty came after USC freshman Markese Stepp demolished a Utah defender en route to his first touchdown, a score that extended USC’s lead to 30-20 in the fourth quarter. It’s a moment that anyone would want to celebrate, especially with a school legend right there in front of you; Stepp immediately points at Bush, before going over to greet him in a moment that an official couldn’t break up fast enough.

So, yeah, that’s not ideal in terms of drawing a penalty, but USC ended up winning anyway, so it’s not like it really matters all that much. And it was fun, even though the NCAA would have you believe that Reggie Bush never suited up for the Trojans. It also wasn’t the only interaction of the evening between the Fox crew and people in the stadium, as USC fans started a “Hire Urban” chant during the Fox pregame show.

Of course, the eventual USC win prevents them from officially having an opening for at least another week.

The post Reggie Bush celebrated with USC RB Markese Stepp after a touchdown, leading to a penalty appeared first on Awful Announcing.

Reggie Bush celebrated with USC RB Markese Stepp after a touchdown, leading to a penalty