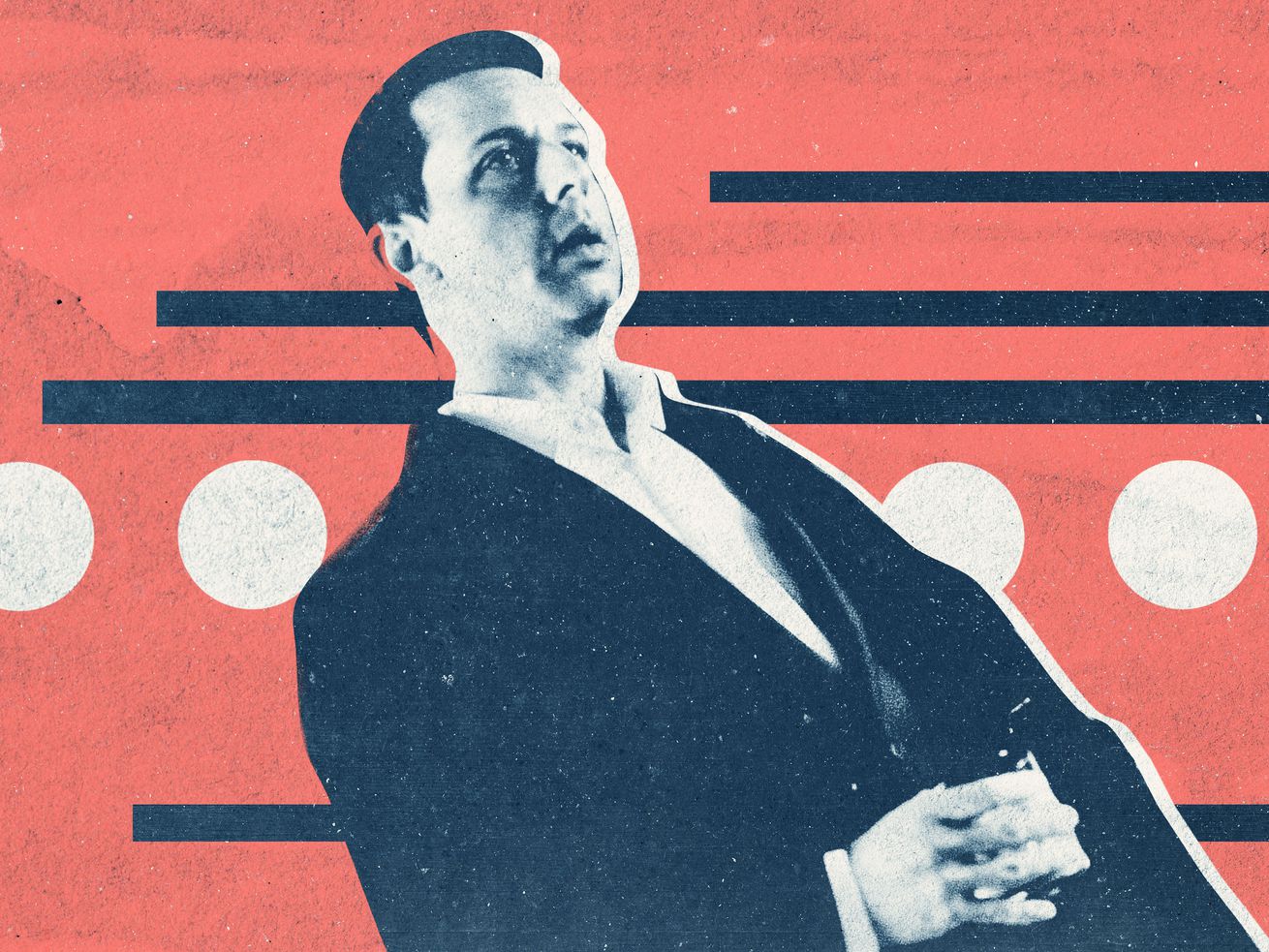 In spite of himself, the one-time heir to the Waystar throne could discover a better way to live

There’s something inherently inhumane about the accumulation of unspendable wealth in a world characterized by the suffering of billions. Even more so when those billions come from, as Roman Roy glibly but accurately put it, “hate speech and roller coasters,” which goes beyond “après moi, le déluge,” by hastening le déluge itself.

There’s also something inhumane—perhaps purposely so—about having a billion dollars and ever showing up at the office again. There are many reasons not to trust the super-rich, but chief among them ought to be that if they had any sense they’d all be on a beach or in a ski lodge luxuriating in freedom from want. And yet these people work themselves to the bone, well into what ought to be their dotage, in the pursuit of ever more massive and unspendable piles of capital. Not just in the absurd farcical universe of Succession but in the real world that we inhabit.

(This also means Connor Roy is the only person in the world of Succession with a clue about why money exists—to be used and enjoyed—but the man with one strand of joie de vivre is king in the land of Waystar Royco.)

Connor notwithstanding, the Roys and their courtiers have had their sense of reality warped by the massive sums of capital they control. With billions of dollars on the line, self-actualization is achievable only through the accumulation of greater control over more billions of dollars. Personal—even familial—connections become mere transactions and points of leverage. The successful players in this world, from dynastic figures like Logan and Shiv to self-made power brokers like Tom and Rhea, all lie, manipulate, and cheat to achieve their ends, then sleep soundly at night afterward. Loyalty is not a compact of trust in their world, but something powerful people can impose through intimidation on less powerful people.

Therefore nearly every relationship in the show is about amassing power over the other person in the relationship, and together amassing power over others outside it. Especially the ones we as viewers love, from Tom and Greg’s hilarious buddy comedy to Roman and Gerri’s crackling … I actually don’t know what to call it, but I do know it crackles.

Not even the budding romance between Kendall Roy and Naomi Pierce is entirely genuine. In their drug- and drink-induced initial hookup at Tern Haven, Kendall persuades Naomi to cash in her share in the Pierce media empire because doing so would allow her to live life on her own terms with no pressure to continue to advance, inveigle, and accumulate. The episode’s climactic meeting features several lingering close-ups on Naomi’s face as she, with great weltschmerz, watches her salvation drop away from her as the deal falls apart. Both she and Kendall know that the way they live, the way their families taught them to live, has rendered them unrecognizable to the billions of consumers—not human beings, consumers—their family businesses treat as pawns and data points.

Like his father and younger siblings, Kendall has turned off his humanity in service of the pursuit of money for money’s sake, and like his father and younger siblings, he’s suffered severe emotional damage as a result. I find Kendall is as detestable a character as there is on the show—not only does he sow callous destruction, even death, everywhere he goes, but instead of a swashbuckling heel, he’s a weak and gormless sniveling coward. His internal demons cause him far less suffering than they cause others.

But imagine being raised by parents who think like billionaires. We’ve had 17 episodes’ worth of evidence that Logan is callous, greedy, and abusive. But Sunday’s “Return” illustrated what kind of person Caroline—Kendall, Roman, and Shiv’s mother—is. The most obvious example comes when Kendall is about to unburden himself about having accidentally killed the waiter at Shiv’s wedding, then Caroline, who’d just complained about her lack of a relationship with her children, goes to bed and skips town before he can open up to her.

The more insidious example, however, is the price Caroline demands for her support at the Waystar Royco shareholders’ meeting: Instead of a $40 million or $50 million cash payout, she asks Logan to choose between a $150 million Hamptons house or $20 million, and sending the kids to Christmas with her each year. Logan chooses the house and gives up the kids, as everyone knew he would, and Caroline gets to take a victory lap by sending the message to her children that their father doesn’t love them. But in so doing, she illustrates exactly why her children never visit willingly—even people as emotionally damaged as Kendall, Roman, and Shiv know the difference between a mother who wants a genuine relationship and a mother who’s willing to manipulate her children to spite her ex.

This inhospitable union of two entirely self-absorbed manipulators produced two children—Roman and Shiv—temperamentally suited to play Logan’s game, and a third—Kendall—with the ambition to do so, but with too much humanity to do it effectively.

For two seasons, Kendall’s actions have been defined by cowardice. He knows the ruthless play, but when the time comes to execute it, as Logan would, he wavers. This quality comes off as weakness, to both friends and adversaries—but this being Succession, I repeat myself—as everyone from Logan to Stewy to Lawrence Yee views Kendall on some level as a failed scion on a latter-day Habsburgian scale, lacking in some ineffable quality that makes all the difference.

In “Return,” we see that Kendall’s weaknesses and inadequacies are a bit more nuanced. Yes, Kendall is weak, and yes, he’ll never make Logan proud of him no matter how hard he tries, but every so often he—and he alone—seems to see the entire picture. Logan brings Kendall along on the trip to apologize to the dead waiter’s family not out of a sense of responsibility but a desire to bully his son, and once there Kendall is confronted not just with the idea of personal consequences for his actions but the wider consequences, the loss of human life and the pain an unwitting and innocent family suffered so senselessly.

He knows he can’t make amends, nor would it be wise to try to do so, but he’s stunned into feeble token efforts—cleaning his drinking glass, coming back at night to shove a few hundred pounds in cash through the family’s mail slot—to appease his guilty conscience enough to draw the blinds on this painful window into real-world stakes. In these moments, Kendall seems to understand that he’s profoundly alone and unloved, because he was raised by people who have traded in their humanity for a chance to play a fantastical game, and who are entirely insulated from the consequences of their actions.

Kendall doesn’t experience perspective or humanity very often, and when he does, it’s almost like suffering some kind of fit. He always seems conscious of the weird box he’s been raised to inhabit, and 99 percent of the time he can put on enough of a show to make it through—you can see the amount of effort it takes—but 1 percent of the time the part of his humanity he’s repressed takes over and locks up the whole machine.

These fits of humanity are fleeting and very, very rarely lead to him doing something positive or constructive; the “Don’t fucking touch him” moment at Argestes was an outlier, as most of the time Kendall just ends up with a bottle in his hand and/or a tabletop covered in cocaine. But these momentary lapses in control illustrate a self-awareness that the rest of his family lacks, and even if his only reaction to seeing the full picture is to freak out, it’s a very human response.

I still don’t like or respect Kendall, because as much as he’s the product of his environment, he’s still a willing participant in his family’s inhuman business. But after “Return,” for the first time, I find myself hoping that he’ll realize how little he has to gain by playing his father’s game, and how much he stands to lose. I find myself hoping he and Naomi will find a sober and qualified pilot for their helicopter, cash out, and run away never to be seen again. Kendall is less likely than ever to win control of Waystar Royco, but for the first time, it seems like he might one day recover his soul.

Disclosure: HBO is an initial investor in The Ringer.

Antonio Brown Was a Problem Too Big for the Patriots