Dante Pettis made a statement on and off the field 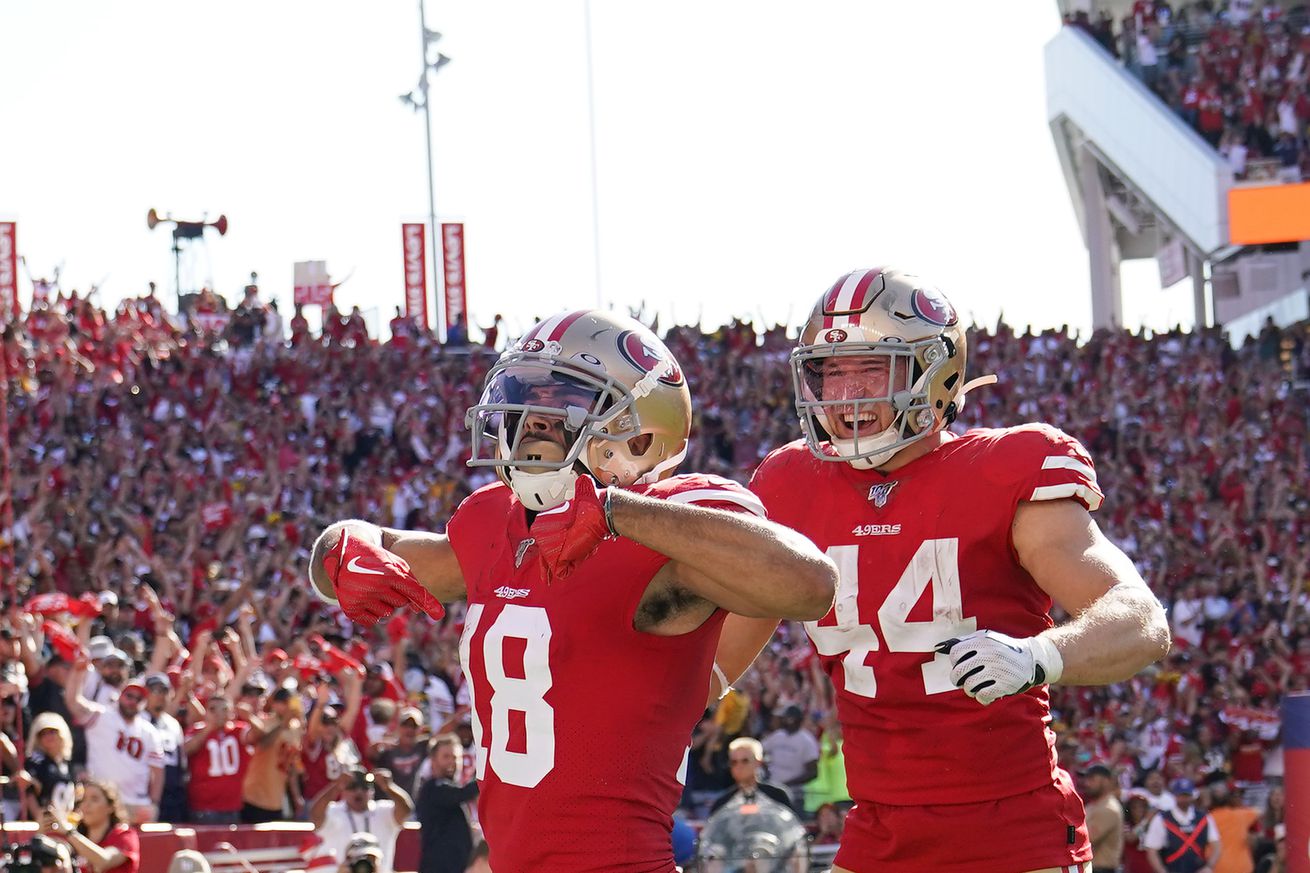 He has a point. Where does his involvement in the offense go from here?

The last two months for Dante Pettis have unfair. You can take that statement for the second-year San Francisco 49ers wide receiver in many ways. We will never know the true story, but the expectations headed into this season for Pettis were through the rough. One of my first in-depth articles on Niners Nation was claiming Pettis will morph into a No. 1 wide receiver this season. Fast forward to the third week of the regular season and Pettis is still fighting for snaps and touches in the offense. In between there, Pettis needed to earn a role after battling injuries and inconsistencies on the field.

The train of thought that Pettis should become a No. 1 receiver in his second year isn’t fair. In a world where we want instant everything, we accelerated his development and were disappointed by unrealistic expectations. We’re still in September, by the way. Pettis had two first-down receptions on Sunday and made a great play to come back to the ball on his game-winning touchdown catch. Pettis had some words for his critics:

a lot of yall hated to see that

In his defense, imagine if Pettis dropped that deep pass that Deebo Samuel did. Or, if you prefer the most extreme example, he was the wide receiver that was currently on the injured reserve. Pettis would never live that down. That isn’t to divide them as teammates, that’s just using an example. An example that we have seen daily in recent weeks.

It seems like every day I’m getting questions in some related form of, “what’s going on with Pettis?” Everyone’s mind is still made up that Garoppolo is solely responsible for the interception thrown his way last Sunday. The defenders’ hands hit the ball at the same time as Pettis’ hands did. It’s naive to say Pettis wasn’t at fault. It’s a borderline grudge to place the interception entirely on Pettis. Football isn’t that black and white. There are far too many moving parts in this game.

One thing we all can agree on is that touchdown had to be a huge confidence boost for Shanahan, Garoppolo, and Pettis when it comes to being able to count on Pettis. The level of trust just did a 180. The first two may rely on the second-year wideout in a critical situation that may not have happened before. Pettis’ confidence likely never wavered, but if there were ever the slightest doubts, you could tell that changed by his celebration.

He let a lot of emotion out on the field, and I’m sure it felt good for him to get that tweet of his chest. He deserves it.

I can’t wait to see his role moving forward. Will it continue to be the Trent Taylor, routes underneath ten yards role? Pettis only has six targets on the season. One of those was over ten yards. Or is this Shanahan setting opposing defenses up for double moves and deeper crossing routes? We’ll know soon enough.

This isn’t to say Pettis will put up Jerry Rice numbers for the rest of the season. He made progress on Sunday. Expectations for Pettis may have been premature, but there’s no doubt this offense will reach its ceiling once Pettis is consistently a part of it. Against some of the aggressive, man-to-man defenses the 49ers are facing in the next month, they’ll need Pettis more than ever.

The Times and Kavanaugh, a Mysterious Trump Scoop, and Covering Eli Manning