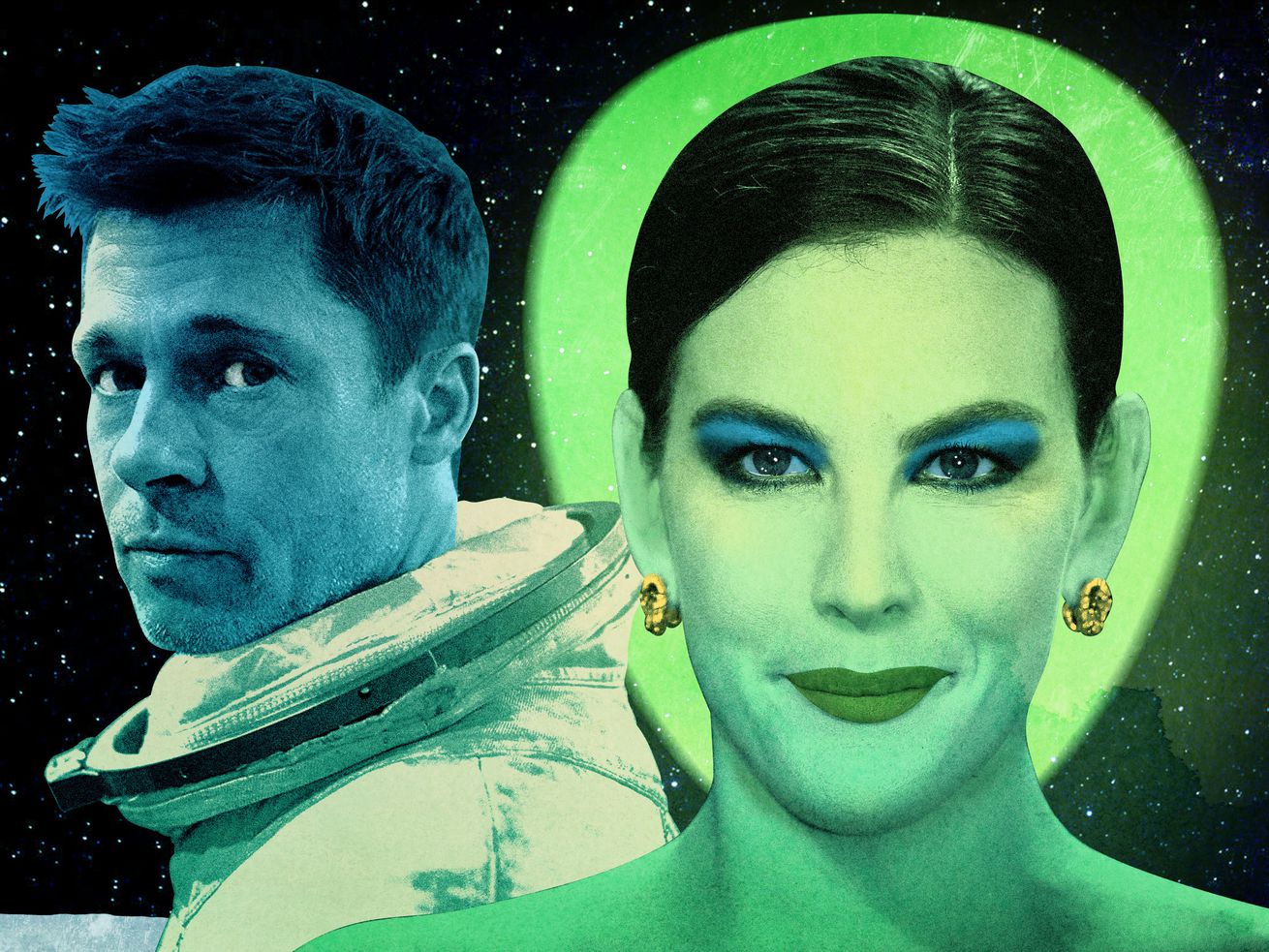 After she was forced to the sidelines in ‘Armageddon’ and ‘Ad Astra,’ this is obviously the only reasonable form of justice

In James Gray’s new film Ad Astra, Brad Pitt plays a stoic astronaut named Roy who is searching the galaxy for his dad, Tommy Lee Jones. It’s a journey at once intimate and epic, personal and cosmic, anchored in delicate human emotions but set among the stars—and also, in a few superfluous scenes, Liv Tyler is generically sad as Roy’s long-suffering, Earthbound wife Eve. I’m convinced if Tyler’s role was cut entirely, the film would’ve been better for it.

While she wasn’t able to do much in Ad Astra, Tyler’s presence in the movie serves as a reminder that she should have a prominent place in the world of space films … in a very specific form. Last week, Vulture’s Rachel Handler noted that Ad Astra is the second time Tyler has been saddled with the role of the lady who is sad that the men are in space danger. (Remember Armageddon?) She suggested, wisely, that Tyler should get to play the person who goes to space next time around. “I want to see Liv Tyler in a serious space movie where her ambitions are given as much weight as men named Roy. I want Liv Tyler to drill through an asteroid with a phalluslike instrument and zero sense of irony,” Handler writes. “I want Liv Tyler to pull out a machine gun in space and have people say, ‘Oh, man. What are you doing with a gun in space?’”

Now, Tyler would be a fine astronaut. She’s the best part about the bizarre 2014 retro-futuristic indie Space Station 76, in which she plays a spaceship captain who falls in love with a mechanic with a robot hand played by Matthew Bomer and accidentally-on-purpose outs her co-pilot, a sadsack with a porno mustache played by Patrick Wilson. But there’s an even better solution to Hollywood’s current Astronaut’s Wife Liv Tyler problem—it too involves her being in space, but it also involves her being from space. Just imagine Liv Tyler as a full-blown extraterrestrial, a celestial being beaming down from another galaxy, maybe even with weird, long, light-up fingers that look beautiful and can heal wounds (just spitballing).

Liv Tyler has all the attributes necessary to excel at playing an alien:

Liv Tyler is not a normal person. That’s not really an opinion, just a statement of fact. The most awesome and strangest day of your life would be a Tuesday in March to Liv, who spends hours every single day in a bathtub. The daughter of model Bebe Buell and Aerosmith frontman Steven Tyler, she was raised by rock legend Todd Rundgren and Buell in a rarefied, luxe boho environment where neither discovering that your biological father is a famous hair metal figure or starring in his music video as the vixen are considered unusual. For further explanation, please watch this video tour she gave of her West Village apartment to the magazine Architectural Digest earlier this year:

Her voice is a hypnotically low purr, her affect is intelligent but discombobulated, and her aggressively quirky interior-design taste is exactly what one might imagine a very posh Martian attempting to fit in on Earth would select. Why not take the way she walks around as if she floated serendipitously into her brownstone from another planet and use it on the big screen?

2. She has already demonstrated her supernatural chops.

3. It would make her dad happy.

Did you know Steven Tyler passionately believes in aliens? One time he argued with Joe Rogan about it. I don’t think people should only do things in their professional lives that will please their parents, but think of how happy Steven T. would be if his daughter turned in the definitive performance of a humanoid alien in our time.

This is a boom time for astronaut and space-movie enthusiasts. We’ve got Gravity; we’ve got Interstellar; we’ve got The Martian; we’ve even got that new one where Natalie Portman plays the diaper-wearing astronaut. These films can showcase their star-bound actors, with Pitt’s performance in Ad Astra as the most recent example. My colleagues Miles Surrey and Michael Baumann highlighted how many prominent actors have donned a spacesuit in their Movie Astronaut Matrix, from Tom Hanks to Sandra Bullock. Like wearing a prosthetic to make yourself less attractive or doing a movie about World War II, playing an astronaut is now an entrenched step along the way to establishing a career as a Serious Actor.

That ain’t the case with aliens. Apart from children’s films like the Guardians of the Galaxy or A Wrinkle in Time, it is not an equally bountiful era for movies about aliens where the aliens aren’t largely nonverbal beings driven to destroy or usurp humanity—i.e., Annihilation or Prometheus or Under the Skin. In Denis Villeneuve’s Arrival, aliens make contact in a benevolent attempt to help humans, but they are not humanoid and are rendered with CGI. As a concept, the idea of alien life is often treated as inherently kooky; maybe we haven’t seen the first truly great alien performance because people aren’t making movies where aliens are the true subject and not a threat or a lark.

The Untitled Really Good Liv Tyler Alien Project could also showcase the talents of the few actors who have managed to turn in strong performances as aliens in the past few decades, defying the odds. In addition to her work in the MCU, Zoe Saldana also played an alien in the Avatar and Star Trek franchises, and she would be the perfect co-star. Vincent D’Onofrio’s turn as an alien hiding inside a human-shaped husk in the original Men in Black was an exquisitely grotesque piece of character work, for which the man should have been nominated for a supporting Oscar—let’s throw him in there, too.

Liv Tyler can do whatever she wants. She’s rich, famous, beautiful, and strange. If she prefers roles where she shows up for a few nonconsecutive lines mumbled through tears, that is her prerogative and I wish her the best. She should play an alien, though.

WATCH: Panthers QB Cam Newton will not play against Cardinals