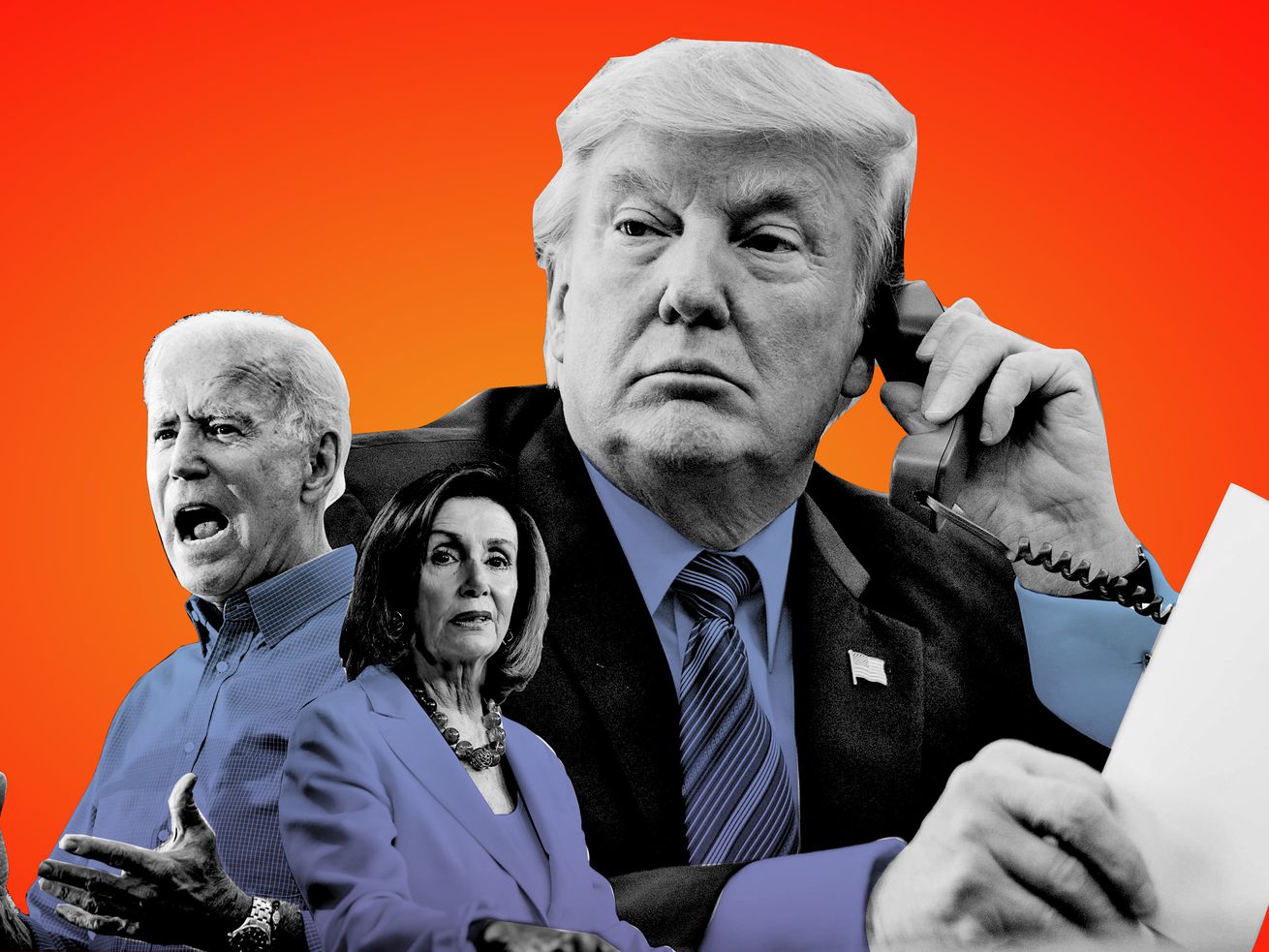 President Donald Trump is once again embroiled in a high-stakes showdown with congressional Democrats amid a growing controversy over whether he sought to enlist the help of a foreign government to assist him in a U.S. presidential election. First, it was Russia. Now, it’s Ukraine. Only this time, the stakes have been raised. Trump’s conduct has finally compelled House Speaker Nancy Pelosi—once a stalwart against impeachment—to begin a formal impeachment inquiry of Trump.

For more than two years, Trump agonized about special counsel Robert Mueller’s investigation into Russian interference in the 2016 presidential election, including links between Russian officials and members of Trump’s campaign. Trump ridiculed the inquiry as a “witch hunt,” and has talked about his wish to recover the “stolen time” Mueller and Democrats supposedly exacted from his first term. Mueller released his findings in April, and he testified before Congress in July. In avoiding criminal prosecution for obstruction of justice, Trump declared a hollow victory. “The Democrats had nothing,” Trump told reporters after Mueller’s testimony, “and now they have less than nothing.”

Two months later, Trump faces renewed concerns about a foreign government’s influence on his election prospects. In August, an anonymous whistleblower—“a partisan whistleblower,” Trump insists—recounted the president’s conversation with a foreign leader in a complaint filed with the U.S. intelli gence community’s inspector general, Michael Atkinson. Last week, The Washington Post revealed the foreign leader to be Ukrainian President Volodymyr Zelensky and reported that Trump urged Zelensky to “look into” former vice president Joe Biden’s son Hunter, a lobbyist who until earlier this year sat on the board of Burisma Holdings, a Ukrainian energy company. Before his phone call with Zelensky, Trump froze more than $391 million in military aid to Ukraine. Trump’s critics suspect the president offered Zelensky a quid pro quo, which the president denies.

Trump and his personal attorney, Rudy Giuliani, have taken turns defending Trump’s call with Zelensky. On Thursday, CNN anchor Chris Cuomo interviewed Giuliani, who, in a spectacular unraveling on live television, said he implored Zelensky to investigate an incident “which tangentially involved Joe Biden in a massive bribery scheme.” The “scheme” that Giuliani refers to, and which Trump parroted in his conversation with Zelensky, has already been discredited. Presumably, Trump and Giuliani hoped to disgrace Biden through innuendo. On Tuesday, Trump promised to release a transcript of his conversation with Zelensky: “You will see it was a very friendly and totally appropriate call,” Trump tweeted.

Though Trump disparages the whistleblower, he concedes the figure’s key claims about his conversation with Zelensky. On Sunday, Trump said he discussed Biden’s son in the July 25 phone call. Trump now openly accuses Biden, the Democratic presidential front-runner, of some grave official misconduct in the vaguest terms. “He’s done some very bad things,” Trump told reporters, “and I’m not even looking to hurt him, to be honest. He needs all the help he can get.”

The Zelensky scandal augurs a regressive encore for Trump, who only recently overcame Mueller’s investigation and the attendant calls for his impeachment. House Intelligence Committee Chairman Adam Schiff first publicized the whistleblower’s complaint, and he may well lead any investigation related to impeachment proceedings, to be convened by Pelosi in the coming days. “If the administration persists in blocking this whistle-blower from disclosing to Congress a serious possible breach of constitutional duties by the president,” Pelosi initially warned in a memo circulated among House Democrats, “they will be entering a grave new chapter of lawlessness which will take us into a whole new stage of investigation.” Through tragicomic blunders and unambiguous misconduct, Trump has seemingly dared congressional Democrats to bring impeachment proceedings against him. Pelosi has called his bluff.

But Trump also confounds so many other politicians, and so many journalists, who must make sense of Trump’s most senseless scandals. The president commits these blunders so decisively, and dramatically, as to force his critics to wonder whether he somehow means to implicate himself, for unforeseeably brilliant reasons, in yet another geopolitical conspiracy about his performance in a U.S. presidential election. For two years, the Russia affair proved so convoluted and exhausting for everyone involved. Could Trump really be clamoring for a sequel? Could congressional Democrats prove any more combative than Trump’s agenda and Mueller’s revelations might have already encouraged them to be? Apparently, yes. Inevitably, Trump will cite these impeachment efforts, the deep-state whistleblower, and the Biden family’s business dealings as a grand conspiracy designed to spite him but destined to excite his political base. So the witch hunt continues.

Snap Reactions: Notes on the Seahawks’ snap counts from Sunday