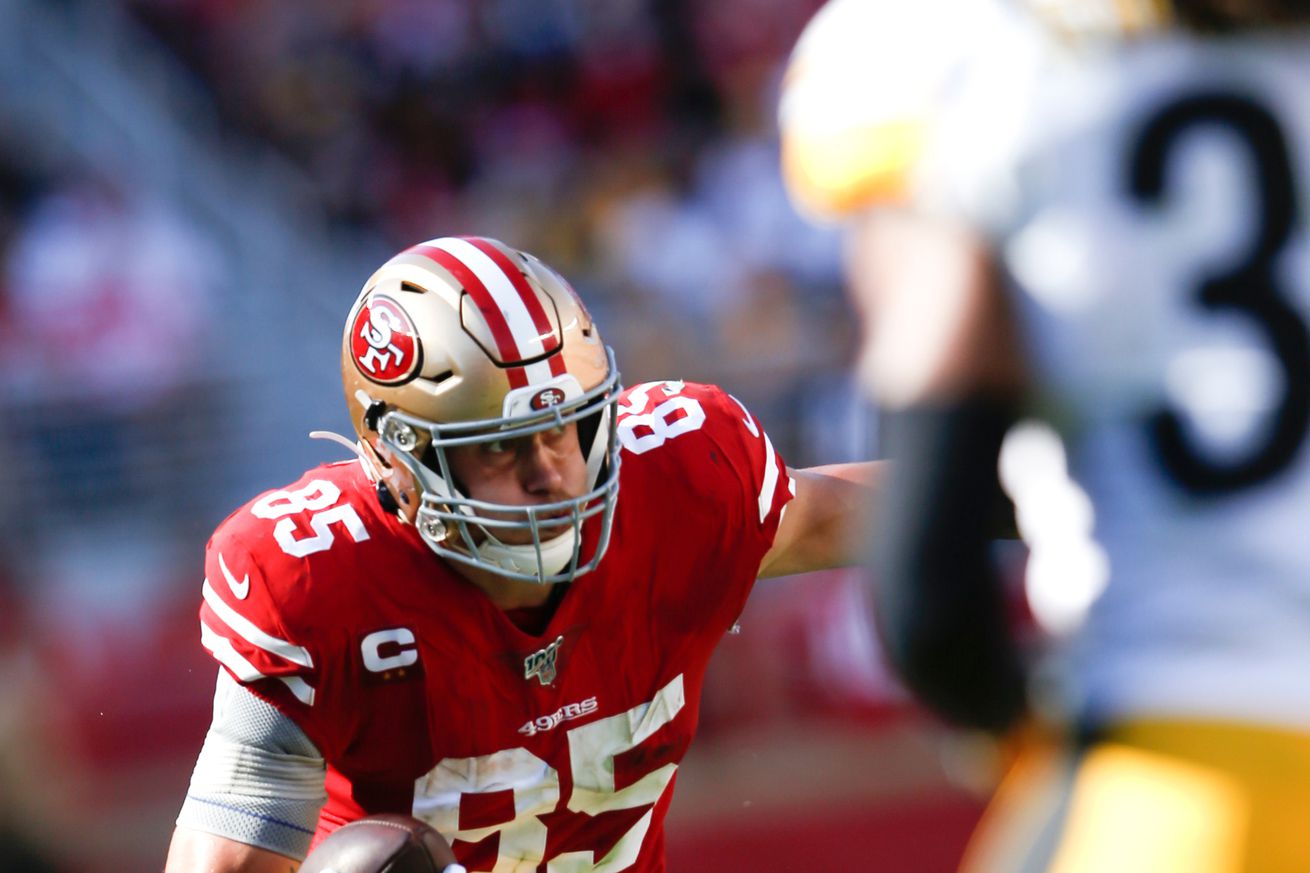 Some of the 49ers had a good time on Tuesday night

The San Francisco 49ers have their bye week, and the players are out having some fun. I’ve seen people in years past think that their favorite athletes shouldn’t leave the house, or have fun, but should only be focused on their job, football. Do you realize how that sounds or how hypocritical that is? These guys are quite literally the best at their job in the world. The grind for what they do is unmatched. The world isn’t going to end if they have a glass of wine, or, in some cases, chug a beer.

Kittle lives for wrestling for those that don’t know. It’s cool to see his teammates get out there and enjoy it with him.

Kittle was having a night. Dancing with the wrestlers, all in front of the camera having a time. The other guys disappeared, but not Kittle. Definitely not Kittle, who celebrated with a former Hawkeye:

Big E was a D Lineman for Iowa back in the day. No surprise he wanted to show love to a fellow Hawkeye doing big things https://t.co/LH2B5X6j2u

Finally, Kittle interviewed after the show to talk about being a fan of Wrestling, interacting with The Rock on Twitter, oh, and the 49ers being undefeated.

WATCH: Too easy for Amari Cooper on this touchdown grab