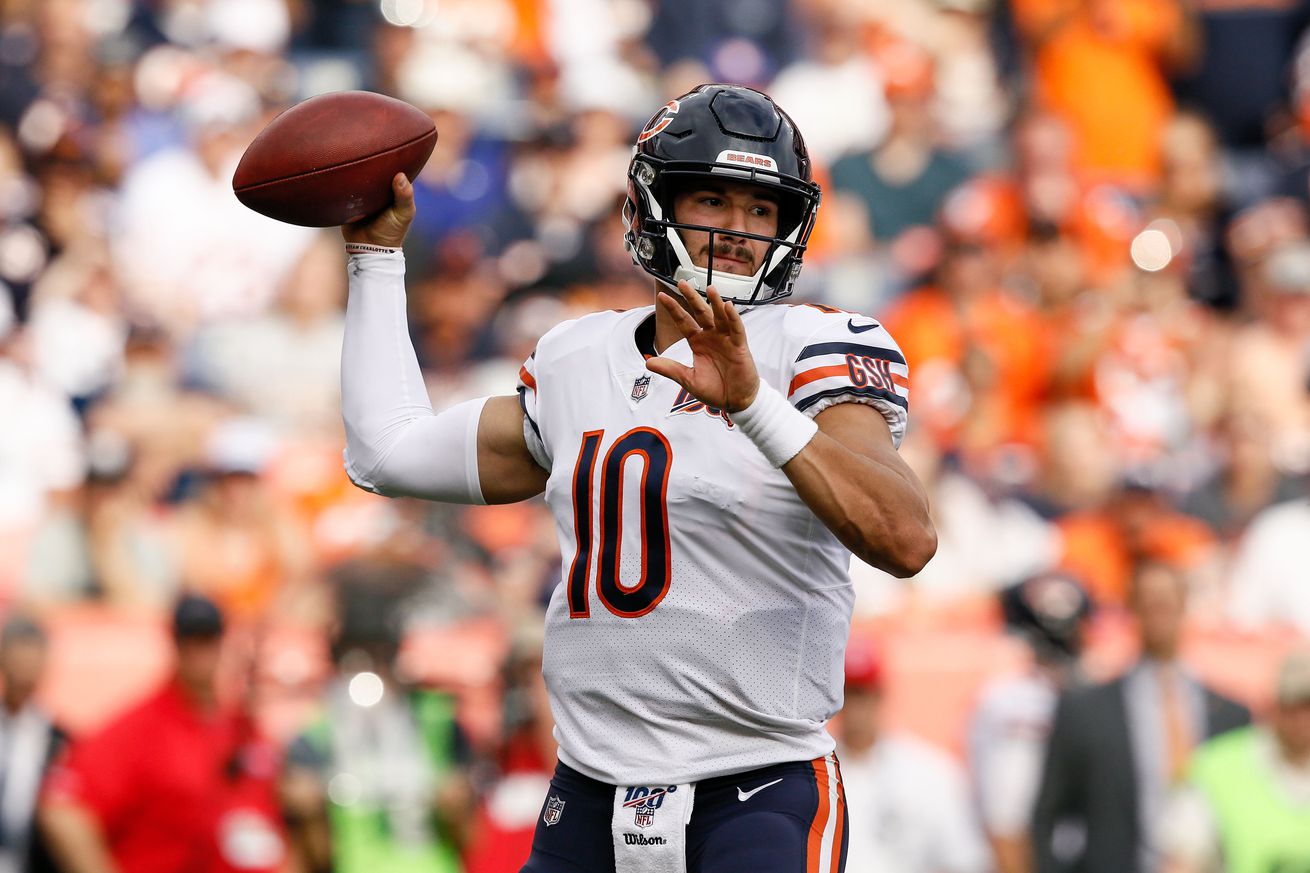 The Chicago Bears eye a second straight road win on Monday night as betting favorites on the NFL odds against Washington.

The Chicago Bears are 2-6 straight up and 1-7 against the spread in their last eight road games played in the month of September. The Bears will try to buck this trend with a win and cover on the road against Washington on Monday night.

Chicago is a 4-point road favorite on the NFL odds in Landover at sportsbooks monitored by OddsShark.com. In their last 10 games against NFC East teams, the Bears are 0-10 SU and 1-9 ATS.

Mitchell Trubisky followed up his dud of a game in Chicago’s 10-3 loss to the Green Bay Packers with another dud last Sunday against the Denver Broncos, passing for only 120 yards. Fortunately for the Bears, Eddy Pineiro went a perfect 3-for-3 including a 53-yarder in the closing seconds of the game to propel Chicago to a 16-14 win over the Broncos. Chicago has a Super Bowl-caliber defense, but Trubisky is going to have to be a lot better if the Bears hope to do any damage in 2019.

Washington has had the opposite problem to the Bears so far this season. While the offense has played well enough to win producing 24 points per game against the Philadelphia Eagles and the Dallas Cowboys, the defense is allowing 31.5 points per game, leading to an 0-2 SU and 1-1 ATS start to the season. With losses through their first two games in 2019, Washington is now 1-8 SU and 4-5 ATS over its last nine games.

Monday night’s total is set at 41 points. The OVER is 10-1 in Washington’s last 11 games against NFC North opponents.

It will be interesting to see if the Bears can get their offense going against a Washington defense that ranks 30th in yards against with 455 yards per game surrendered and 31st in points per game against. If Trubisky can’t break out of his slump this Monday, it’s hard to see Chicago being a playoff team this season.

For more odds information, betting picks and a breakdown of this week’s top sports betting news check out the OddsShark podcast. Subscribe on iTunes or Spotify or listen to it at OddsShark.libsyn.com.

Century Links 9/20: Will Dissly making a a Strong Comeback